He would cry every morning ‘I don’t want to be me’: A mother’s perspective on how a school’s culture makes a difference in child safety

Home > Latest News > He would cry every morning ‘I don’t want to be me’: A mother’s perspective on how a school’s culture makes a difference in child safety

To us, it was everything.

Finally, after 18 plus months of uphill battles, we finally landed at a school that welcomed my son and his neurological differences with open arms rather than seeing him as a ‘hassle’. A school that follows through, believes in their students and demonstrates a tangible commitment to child-safe culture.

But first, let’s rewind a little and I’ll tell you how we got here.

The diagnosis was a relief

My youngest son was diagnosed a few years ago with ADHD and Asperger’s. The diagnosis was a relief – finally I could stop fumbling in the dark and find the support he actually needed.

Prior to his diagnosis, I’d read a million books and articles, attended a zillion appointments, and made and printed more helpful posters and schedules than I can count. I worked out the types of socks he can’t/won’t wear, cut all the tags off his clothes, star-charted everything, and spent countless hours Googling earplugs, seam-free clothing, sensory aids, nutritional details, what not to say, how to deal with meltdowns, how to grab five minutes to myself and how to support my eldest son (his brother) through it all.

Together, we worked through it, as we continue to do, but to have a diagnosis and to know what we were dealing with was helpful.

‘Despite appearances, the school my son was at didn’t act in accordance with the policies they had in place.’

What I wasn’t prepared for, other than the judgement, ignorance and stigma that comes with a diagnosis like this, was the eye-opening challenges he (and I) would experience at school.

Despite appearances, the school my son was at didn’t act in accordance with the policies they had in place. When I was present, all the right things were said, but of course, I can’t be at the school all the time (other than the fact my son would die of embarrassment).

My boy would come home daily with new bruises and scratches received from his bullies. He would ask me what some very colourful words meant, after he’d been called them all day by other kids. He became more and more disengaged from school. Every morning was a fight to get him dressed and ready for the day. He would cry each morning, “I don’t want to be me!”

He was so overwhelmed that meltdowns were becoming a regular occurrence. For those unfamiliar with ASD meltdowns, they’re not tantrums or the usual cry of “I don’t want to go to school”. He simply could not process anything else and all that is left is crying and screaming, with words escaping him and terror setting in. Each meltdown usually culminated in him lying on the floor, whimpering and too exhausted to move.

I spoke to, emailed and met with his teacher, and the dedicated department that was there to supposedly support kids like mine. Same with the deputy principal. Same with the principal. All the right things were said. But never done.

‘I was told that if I wanted to arrange a meeting to discuss my ‘perception’ of what was occurring, I was more than welcome’.

The school culture was broken

Bullying became an increasing issue in my son’s everyday school life. He faced physical and verbal aggression with no real action taken by the school. He eventually had quite a big meltdown at school when he could cope no longer and I was immediately called and asked to collect him. His meltdowns are loud but never violent and especially not toward other students. As his mind races and he becomes more and more terrified, he also becomes more and more embarrassed, and the cycle continues making it all worse. It wasn’t the first meltdown he’d had at the school and he’d requested several times throughout that day to go to the dedicated department as he had previously been instructed to by the school. But he was told to be quiet and sit down.

The meltdowns got worse; the phone calls increased. There was no plan, no help, no support given by those charged with helping these kids. Instead, he was ridiculed, bullied further, ignored, and left on his own.

When several other school staff and teachers (not my son’s) approached me to raise concerns about the increasing level of bullying he was experiencing, I spoke with the school again. I was told that if I wanted to arrange a meeting to discuss my ‘perception’ of what was occurring, I was more than welcome.

I called other schools the next morning.

Finding a school with a positive culture: what to look for

When searching for a school for our children we usually pay attention to things like location, reputation, curriculum, access to public transport, activities and opportunities, sports and the costs. While these are all important considerations, the culture of a school and whether it’s a right fit for your children/family must also be at the top of this list. This is particularly important if you have children with additional needs, whether they be learning, social, sensory or other. For example, when visiting a school, it’s vitally important to ask about what supports are in place for children who may need a little extra help.

It’s not just about staff trained in working with children who have additional needs, it’s about what the school’s expectations and goals are for students and how they help them achieve this.

Culture is filtered from the very top, down, and takes continuous effort and work by all involved in order to thrive. Educators and employees look up to leadership as a guide for how they should act, and students look up to their educators and school staff.

The actions of the school need to correlate to the policies and practices of the school otherwise, the culture of the school is disharmony. Policies, procedures and handbooks are one thing, but how do we see these in action?

For example, if the school says its focus is on innovation, empowerment, kindness and leadership and in turn, staff exemplify this focus in their day-to-day attitude, actions and activities, this is a harmonious culture. They do what they say, and they mean what they do.

If they have these same focuses, but children are not empowered, issues of child safety are unanswered and innovative ideas are ignored, then this will eventually be felt throughout the entire school community. The culture of the school has broken down.

‘My son felt like he mattered. He was made to feel like a human being, not defined by his diagnosis.’

When I received a call saying “we would love to welcome your son to our school”, I cried.

From the minute we walked into the new school both my child and I felt a genuine warmth and supportive nature from staff and the principal. Not just on that first day, but every day since. My son felt like he mattered. He was made to feel like a human being, not defined by his diagnosis.

It was quite an eye-opener to see how school cultures can vary, even between two primary schools a short distance away from each other. Sure, some families are able to send their children off to school knowing they will usually be okay. But what about those that need extra support and understanding, and most importantly, a sense of belonging and acceptance?

Alongside children with additional needs, we should all be aware of how the school deals with child safety. It makes sense to ask your child’s school, ‘what do you do to keep our kids safe and what are your policies on preventing bullying and on child safety?’

Ask how staff will deal with a situation. Are teachers experienced and have they been taught to help in these situations? Do they know what action to take and does the school empower staff to take effective action?

My son’s previous school said a lot but did very little – does this spread to all areas of child safety at the school?

The new school is going above and beyond in what they promise. It wasn’t just ‘for show’ during a tour of the school, but a shared approach carried out daily by all. Because of this culture, I feel confident my son is safe at his new school, in all aspects.

If you’re also a parent or caregiver ask the questions. Unfortunately, we can’t just blindly trust the system, that policies tucked away on a website are actually followed. Students must feel like they are being heard, that they matter, that they are valued, and most importantly, that they are safe. 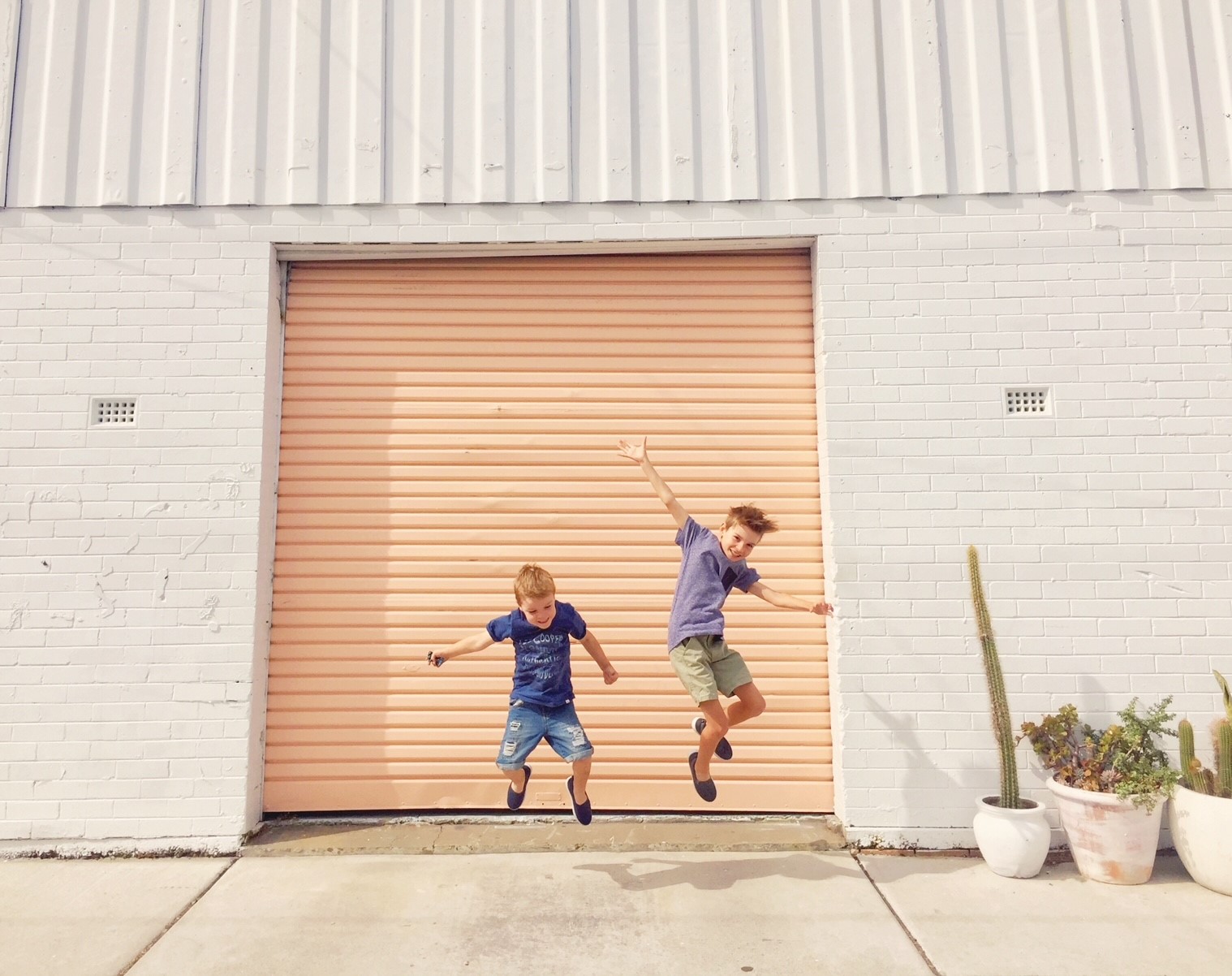