Because of Her, We Can! Spotlight on NAIDOC Week 2018 with Bravehearts’ National Board Member, Georgina Richters

Because of Her, We Can! This is the theme of 2018’s NAIDOC Week, held nationally from 8 July to 15 July. The theme acknowledges and celebrates the integral role Aboriginal and Torres Strait Islander women have played – and continue to play –  as pillars of our society at all levels.

Aboriginal and Torres Strait Islander women are leaders, trailblazers, politicians, activists and social change advocates. Aboriginal and Torres Strait Islander women fought and continue to fight, for justice, equal rights, our rights to country, for law and justice, access to education, employment and to maintain and celebrate our culture, language, music and art (naidoc.org.au, 2018).

Bravehearts is fortunate to have many inspirational, trailblazing women on our side, fighting to protect the children of Australia from the crime of child sexual assault. One of these women is Georgina Richters – Queensland Director of PricewaterhouseCoopers (PwCs) Indigenous Consulting (PIC), and a Director on Bravehearts’ National Board. 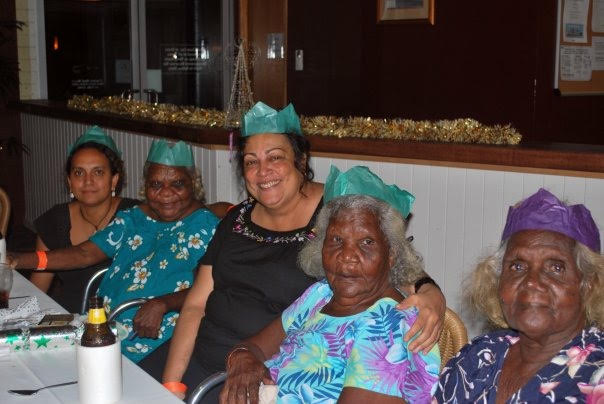 Georgina: “This photo is from my time spent in Western Cape York. L-R Baressa Frazer (Wik Woman), Aunty Florence and Aunty Ivy (sisters, Anathangayth Women), and Aunty Beattie (Wathyn Woman) and myself in the middle. Christmas 2010. I cherished my time learning from these women during the 4 years I spent living and working in Western Cape York.”

Georgina is a Luritja woman who grew up, and stills lives in, Brisbane. She has worked in leadership roles in the private (resources, management consulting), public (local, State and Australian government) and not for profit sectors, and is passionate about delivering innovative community-based solutions that protect, restore and build positive lives particular in Aboriginal and Torres Strait Islander communities across Australia.

Of this year’s NAIDOC Week theme, Georgina says, “The theme is so important as it recognises the significant role Aboriginal and Torres Strait women have played and do play in society. Women are the backbone of our communities and it is wonderful recognition of the journey from where we have come and what is still to be achieved.”

When it comes to inspirational women, Georgina says she has had many role models in her life, not just Aboriginal and Torres Strait Islander Women.

“I am lucky to have had a large number of women mentors, starting with my darling mother Bette, and many women who I work with now and in the past, women who work every day, raise their families, my best friends. I have been very lucky to have known and still know so many remarkable women,” she says.

“As far as Aboriginal women, I have always admired and had the greatest respect for Jackie Huggins and Lowitja O’Donoghue and the tireless work they have done and continue to do. I love Evonne Goolagong Cawley and Cathy Freeman and what they have achieved in sport. The late Thanakupi, world renowned potter and artist from Western Cape York who I had the privilege to meet and call my friend, and Oodgeroo Noonuccal, world renowned poet and the first Aboriginal poet to publish a collection of verse.

“Faith Bandler, Australian civil rights activist, whose leadership ensured Aboriginal people were recognised as Australian citizens in the 1967 Referendum, and the story of Truganini, whose story is such an integral part of Australia’s history. The list is endless.”

Georgina also points to Bravehearts Founder and Executive Chair, Hetty Johnston AM, as a source of inspiration.

“What an inspirational woman! Turning a family tragedy into advocating and saving the lives of hundreds if not thousands of children across Australia. Selfless, inspirational. Staying true to the theme of this year’s NAIDOC – Because of her I can!”