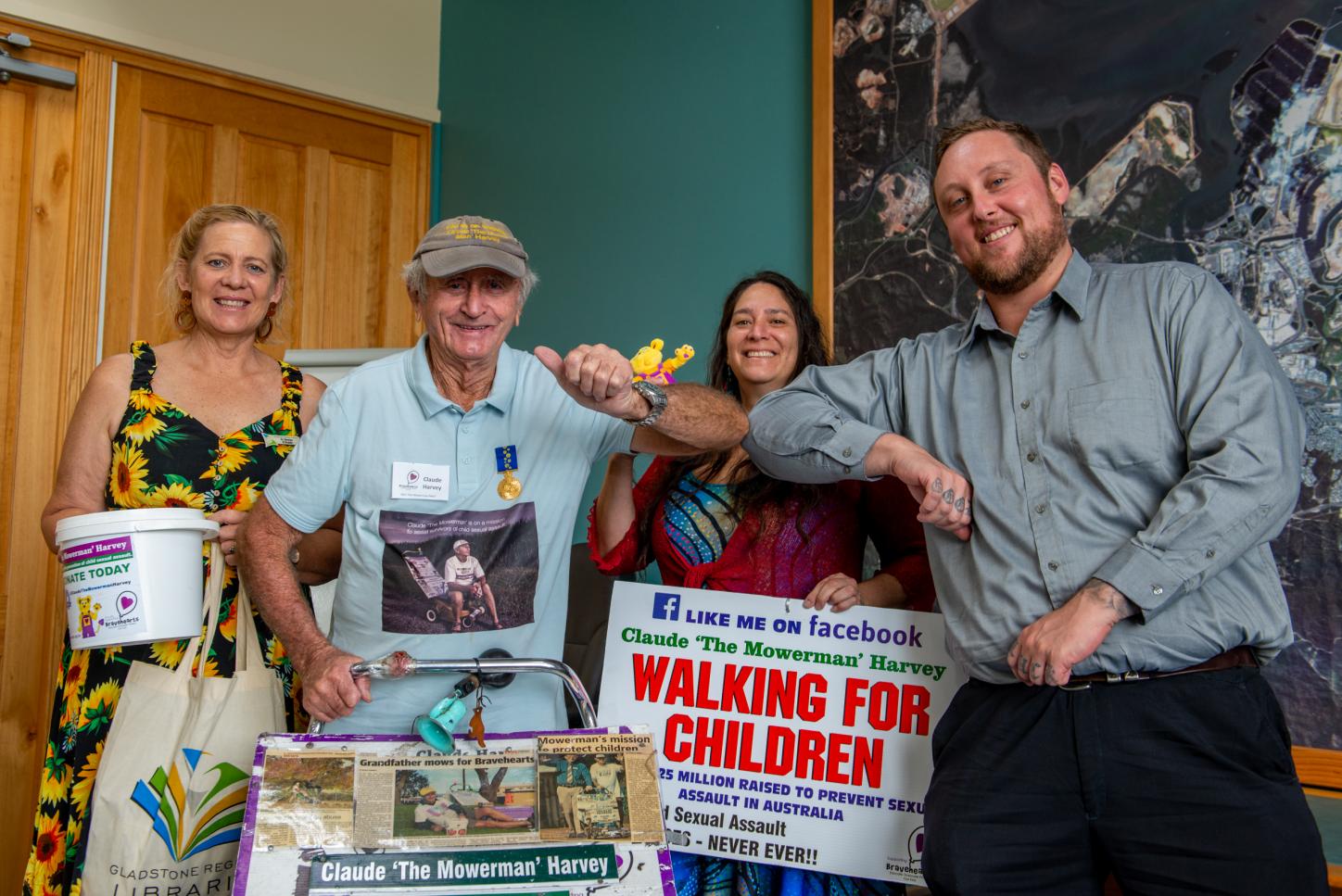 Claude ‘The Mowerman’ Harvey has set off on his latest fundraising trip, touring from Gladstone to Townsville visiting regional towns along the way.

Claude, who has been a dedicated fundraiser for Bravehearts for over a decade and has raised almost $1.3 million for the cause, is a passionate advocate for child protection. He is especially vocal in his support for Bravehearts’ personal safety program Ditto’s Keep Safe Adventure, which he believes every child in Australia should have access to.

You can support Claude by making a donation directly to his online fundraising page, or by donating directly to the man himself if you see him on his travels.

Due to the impact of COVID-19 on staffing, Bravehearts’ Information & Support Line 1800 272 831 will operate between: